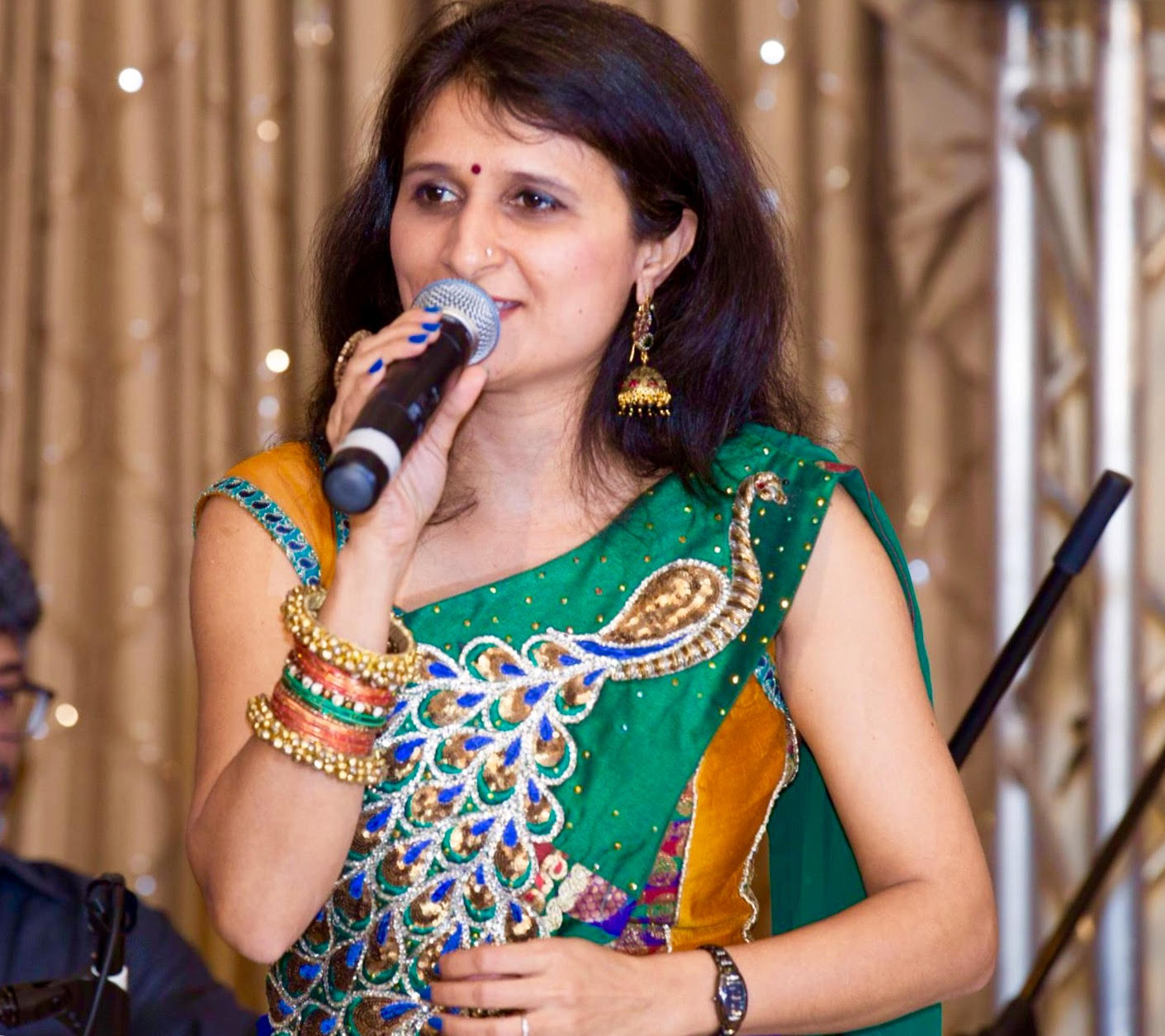 Foram Shah , formerly known as Foram Mehta is a very versatile and accomplished singer. Being born in a musical family, she has been deeply interested in music from her early childhood. Having trained for seven years  in Indian classical music by Pujya Laxmiprasadji Thaker, Foram has earned the degree of SANGEET VISHARAD in vocal .

Singing professionally since her tender age, Foram Shah has almost 25 years of professional singing career under her belt.Throughout her career she has performed in more than 1000 various musical events. Her versatility covers a wide range of genres from Garba, Bollywood Music, Bhakti Sangeet, Sugam Sangeet, Ghazals and many more. Proudly,She was nominated for The  Best Female Singer of the Year 2000 as a result of her role as a playback singer. She has done playback singing for nine Gujarati movies.She also has recorded numerous albums for Shrinathji Bhakti Sangeet and Garba CDs.

In early beginning of her career, She has worked with music director Shri Brij Joshi. She has also recorded albums with legendary music director Shri Gaurang Vyas. Foram has shared the stage with celebrities such as PadmaShri Purushottam Upadhyaya,  Shri Manhar Udhaas, and The famous Qawwali Artist Late Amjed Sabri , Kailash Kher  to name a few. She has earned praises by performing in presence of Pujya Shri Morari Bapu.

With her un-matchable talent, She is a regular performer at all Elite Cultural associations of Tri State Area Such as GLA of NA (Gujarati Literary Academy of North America), India Cultural Society,  ICA of CJ, Chalo Gujarat/AAINA Elite Cultural Club.

She was recently awarded for her Historic performance in Navratri from The very prestigious association – ICS of New Jersey. Foram has been interviewed by Aaj Tv, Dish Network. She also has been invited by Consulate General of India, NYC for singing performance at Indian Embassy on the Gujarat Day.

With her magnificent voice, thorough professionalism and with her leadership skills she has been continuously gaining a huge recognition over the time. Foram along with her rock solid band has enthralled the audience and has made every occasion a memorable event.